After a Sharp September Correction, the S&P 500 Rallied to an All-Time High

The S&P 500 fell by 4.7% in September, which was the largest monthly decline since the beginning of the pandemic. Investors were concerned about accelerating inflation, rising interest rates, and uncertainty over the labor market. Additionally, investors were worried that the recent regulatory crackdown in China could slow global growth and increase systematic risk.

After September's sharp market decline, the S&P 500 rallied to a marginal new high in October. While Q3 earnings have been solid, most other fundamentals remain uncertain. Despite the Fed's belief that inflation was "transitory," inflation continues to accelerate, and the strong housing, energy, and labor markets indicate higher prices for the foreseeable future.  Additionally, there is significant uncertainty over the state of the post-pandemic labor market. Currently, 8.0 million fewer Americans are working than before the pandemic (chart 1), yet there are presently 10.5 million job openings (Chart 2). While there are numerous reasons why so many Americans have not returned to the workforce – i.e., early retirement, child or elderly caregiver, fear of Coronavirus, or a post-pandemic lack of desire to work in low-end jobs – no one can be sure if this is a temporary or permanent change.

If this is a permanent change to the post-pandemic labor force and the U.S. is near full employment, the Fed made an egregious monetary mistake, and there is a significant risk of accelerating inflation.

Chart 3: Wages are growing at 5.5% per year, the highest rate since August 1982. If the labor market is near full employment, wages and inflation will continue to rise

Despite the significant economic uncertainty, the S&P 500 rallied to an all-time high in October. Unfortunately, the market's breadth was very narrow, and the S&P 500 was driven to an all-time high by a small number of mega-cap technology stocks. In fact, most stocks have not appreciated since the first quarter of this year (chart 4). Historically, poor market breadth leads to sharp market corrections. 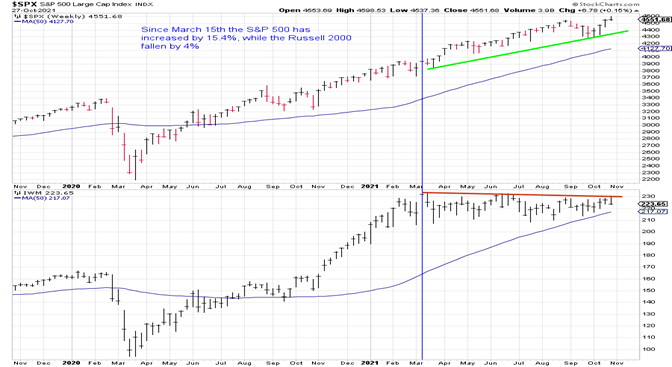 Chart 5: While the S&P 500 is near an all-time high, only 67.7% of NYSE stocks are above their 200-day moving average. Narrow market breadth is a sign of an unhealthy market.

In September, every sector, except for energy, declined because investors became concerned about accelerating inflation, supply chain constraints, higher interest rates, and energy shortages. Additionally, investors feared that the regulatory crackdown in China could lead to slowing economic growth and systematic risk if their real estate bubble was allowed to burst. 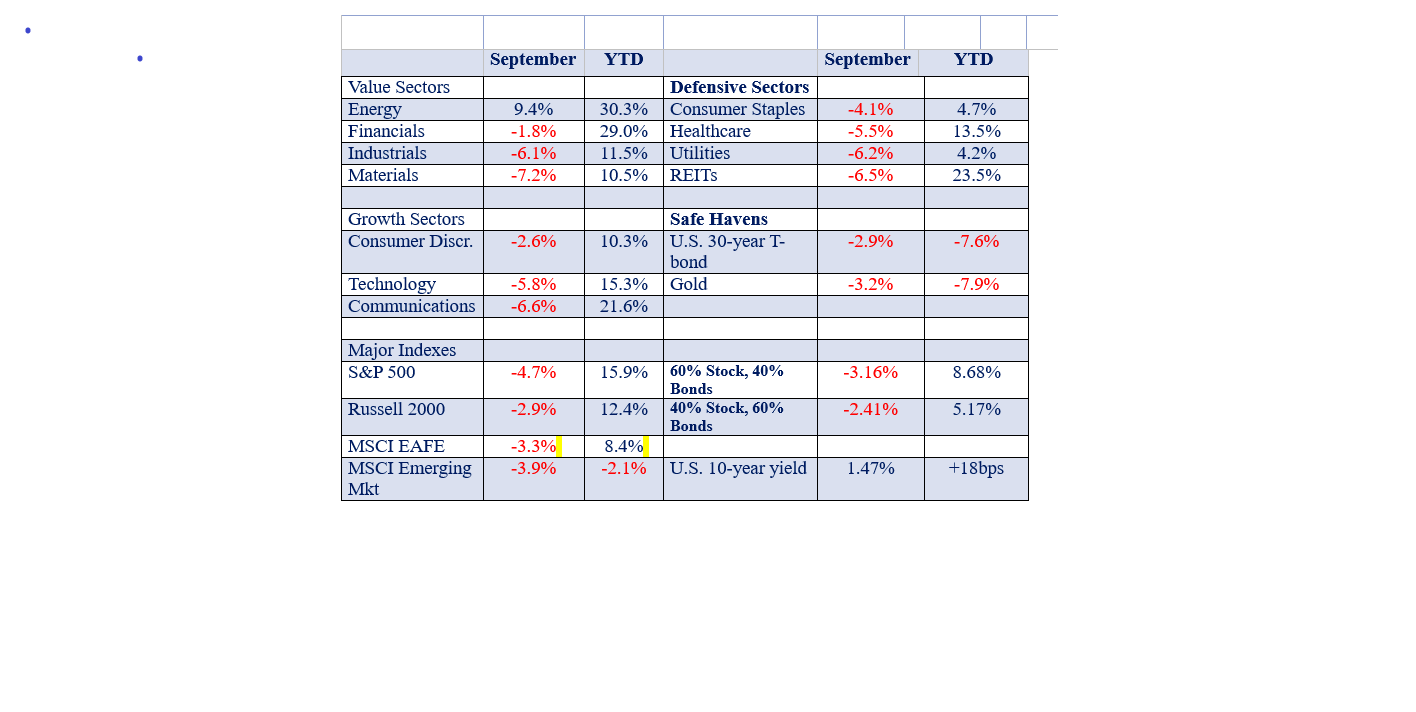 Conclusion:  We expect economic growth and inflation will continue to accelerate as the pandemic wanes, and the extraordinary level of monetary and fiscal stimulus kicks in. In this environment, we expect interest rates will rise, and we see a significant opportunity to invest in the value sectors of the market while avoiding the mega-cap tech stocks that dominate the S&P 500.  Additionally, we expect market volatility to increase, and if/when it becomes clear that the Fed made a monetary mistake, the markets will be vulnerable to a significant decline.

We remain positioned for a reflationary economic environment (accelerating growth and inflation). We are concerned that significant monetary and fiscal policy errors could lead to an inflation problem as the pandemic abates, the global economy accelerates, and interest rates rise.  Our core investments remain in the economically sensitive value sectors of the market (industrials, financials, and energy), commodities, TIP's (U.S. Treasury Inflation-Protected Securities), and floating-rate debt ETFs. We remain underweight equities and fixed income duration and overweight commodities relative to our benchmark.

Our portfolio's risk level (annualized volatility) is 10.3%, which is slightly less than our 60/40 benchmark. 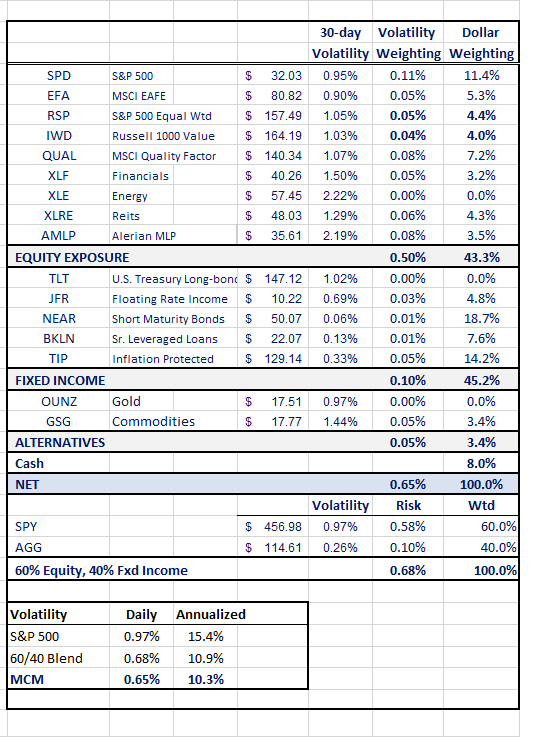 We believe that the market offers a mixed short-term risk-reward because investors are complacent, speculation is rampant, and market breadth is poor. Despite no selling capitulation, it appears that September's sharp correction is over, and the tremendous liquidity and favorable seasonality should drive the markets higher into the end of the year. We will become more constructive and increase our tactical risk exposure when investors are fearful, the market is oversold, and breadth begins to improve. Our short-term market outlook is neutral.

We believe that the S&P 500 offers a poor risk-reward because it is extremely overvalued. Also, we are concerned about the long-term unintended consequence of the unprecedented monetary and fiscal policy that was used to combat the pandemic.  Artificially low-interest rates and historic peacetime deficits have led to a record debt burden, which will become problematic as the economy grows, and interest rates normalize. We continue to see a significant opportunity to invest in the value sectors of the market while avoiding the mega-cap tech stocks and the S&P 500. While we expect to profit from the reflationary rotation into the cyclical stocks, longer-term, we remain concerned about the impact rising interest rates will have on profitability and stock valuations. Our Strategic Asset Allocation is underweight equities relative to our benchmark.